Life has different phases and so do tarot cards. Yes, it’s true. There are more than a thousand types of tarot card decks present in the world. Each deck is for a specific purpose. However, all the tarot decks comprise the same reading layout.

Every Tarot deck comprises 22 Major Arcana and 56 Minor Arcana. With a slight difference in interpretations, all the decks offer the same accuracy and divination in predictions. They help you to connect with your intuitions and enable you to find the answers you are seeking. The only difference they exhibit is their images and name of arcana. Though it sounds overwhelming, the different deck images are inquisitive and share a unique method to communicate with the Universe.

Let’s Take a Look at the Different Type of Tarot Cards, Tarot Decks and Its Use in Reading Tarot Cards:
A Tarot deck consists of 78 cards formed of two sets – Major and Minor Arcana cards. There are 22 Major and 56 Minor Arcana.

Here, is the quick handy chart for both of the sets:

Major Arcana are the main cards of the deck that shares the breakthroughs, lessons, challenges, possibilities, and all the events of the past, present, and future of an individual’s life.

The Minor Arcana are the supplementary cards that represent the day to day life turmoils and events. The 56 cards are divided into 4 sets- each with 14 cards.

By understanding the above layout, you may learn how to read tarot cards and interpret them with accuracy.

Each Tarot deck comprises the same types of tarot cards but different sets of themes, colors, images and symbolism. These tarot card types are created in such a way that people from different genres could easily connect to them and get tarot card interpretations.  As finding the right tarot deck is important for invoking your intuitions, it is important that you know about these different kinds of tarot card decks and their unique properties. A good understanding of every deck can help you to choose the right deck and learn tarot reading better.

Since the origin, tarot cards have evolved drastically with different images, artwork, symbols, vibrations, and mythology. However, out of these only a few became popular and are used persistently by the tarot readers.

Here, is the list of tarot cards that are “must have” for insightful tarot predictions as a beginner and beyond. All these decks have different energies and speak differently to their readers.

The 7 common and most popular decks of all time are: 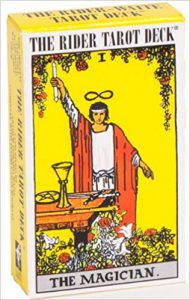 This is the most common and popular deck used for tarot card readings in the United States. The deck was formulated by Arthur Edward Waite, a distinguished member of “The Hermetic Order of the Golden Dawn” with the help of artist Pamela Colman Smith.

Published by Rider and Company, the deck is an easy approach to everyone who wants to learn tarot. The deck shares easy details of the imageries with well- detailed scenes. Its symbols are easy to interpret and can make an instant connection with your intuition. The brilliance in design makes it one of the most preferred decks among the list. 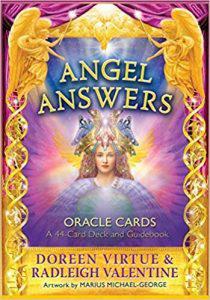 As the name suggests, this type of deck is engraved with the imagery of an Angel. The deck is known for its inspiring messages that makes them quickly connect with their intuitions. This easy to pick beginners deck is a wonderful choice for the tarot card readers who want to explore the tarot world with some quick guidance.

The cards of the deck give quick access to readings with its soulful symbols. The Oracle Deck has 36 angel cards distributed into three major divisions: form, creation, and paradise. These yellow-brown colored cards uplift your soul and help you to seek divine guidance with angelic forms. 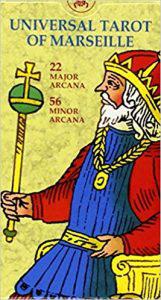 Based on a Swiss deck, created by Claude Burdel in 1751, the Universal Marseille tarot has a woodcut look. The cards are derived from the old Marseille decks with its black and brown tones. The characters and symbols are colored in the palette of red, blue, and yellow colors while the background has been kept with pastel water textures.

If you are a connoisseur of ancient texts and things, you would surely like this amazing set. The deck is said to be older with its origin states before 200 years. The cards share the mystic feeling of tarot evolution and offer new vibrations to the old images. The deck is mainly used for the purpose of divination and meditation. 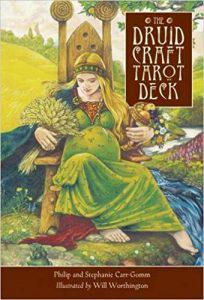 Druid Craft Tarot Deck is the deck for those who love to seek their readings with the natural world. The deck is based on the theme of the earth and its pleasant rhythm with seasons. The card can be seen as a combination of Western as well as Wicca and Druidry, a Pagan tradition.

The imagery on the cards are powerful and share the old numbers theory. It is more a sort of storytelling art that helps you to read people and their life stories. These large sized cards are created by well known Druids Philp and Stephanie Carr-Gomm along with Will Worthington. 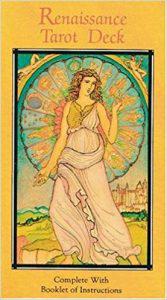 Created by Brian Williams, the Renaissance Tarot deck comprises the figures of God and Goddess of Greek. The cards beautifully showcase the symbols with mythological scenes. For instance, Swords is associated with Achilles, Cups with Cupid, Coins with Persephone, and Staves to Hercules.
Cards are designed from subtle colors with a historical touch of art which gives you the feeling of the renaissance period. The ecstatic golden look allows the reader to embrace the readings with ancient mythological stories. This mythic tarot deck from Greek and Roman classics is a treasure for readers who love ancient tales. 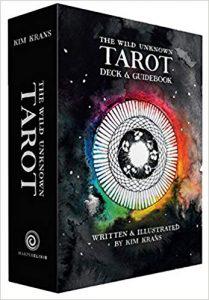 Wild unknown Tarot is one of the most popular tarot decks of all time. Designed by Kim Krans, these black and white cards are beautifully illustrated with rainbow colors. The imagery on the deck is inspired by animals and nature with no human figures on them.

The minor arcana court cards are named as Father, Mother, Daughter, and Son replacing the archetype titles- King, Queen, Page, and Knight respectively. The cards allow you to focus on the traditional meanings with easy interpretations. Though the tarot deck is a little complex in terms of RW cards, it makes a great deck for tarot aficionado.

#7. The Legacy Of The Divine 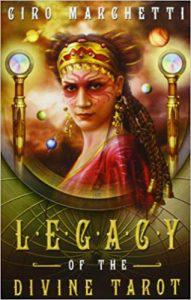 Unique as name, the deck is engraved with powerful images with a modern outlook. The cards are a visual treat and a great pick for both beginners and tarot collectors. The deck is the design-child of Ciro Marchetti, the well-known tarot artist of “Gilded Tarot” and “Tarot of Dreams deck”.

The cards of the deck have a vibrant and colorful outlook which attracts the readers and helps them to enhance their vision. The cards divine look gives immediate access to intuitions with few changes like changing of titles (The hanged man to Hanging man, Hierophant to Faith, Wheel of Fortune to The Wheel) and changing the imageries (bird of prey in 9 of coins to Bird of paradise). The Legacy of the Divine is an intuitive and easy to interpret deck that can be read by anyone.

Although all these decks are different in their formation, their reading layout is common.

For now, let’s read how you can use different tarot decks and make accurate tarot predictions.

How To Use Different Types of Tarot Card Deck In Your Tarot readings?

Tarot reading is an intriguing art of connecting intuitions and making future predictions. Thus, you may use one or as many decks as per your concern. The different decks can be employed to get in-depth readings for interpreting the same cards. There are ways through which you can use your tarot decks. Here is a glimpse of it.

You can use one deck for major arcana readings and mix others to get the minor arcana interpretations.

You can create specific spreads to gain deep insight into specific or multiple concerns.

One deck can be used for a period of months and then you can switch to another for the rest. The timings can be different and completely depends upon your inner conscious.

You can use one deck which resonates with you best and use the rest of the others to support your readings.

Some decks can be used for specific clients or knowing lineage of time. However, which one will work for what purpose is completely dependent upon your inner voice.

Tarot cards are an intuitive tool to connect with your higher wisdom and predict life events. All these different decks are just a medium to communicate with divine and make interpretations the way your inner voice recommends. Remember to be a wonderful tarot reader you do not need to learn a lot of decks. Choose the one that appeals to you and resonates the most. Walk towards the wisdom and you will see the divine aura following. 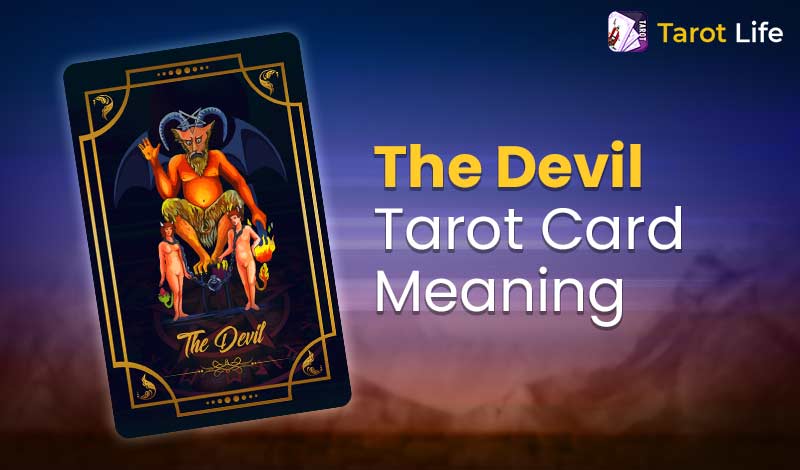 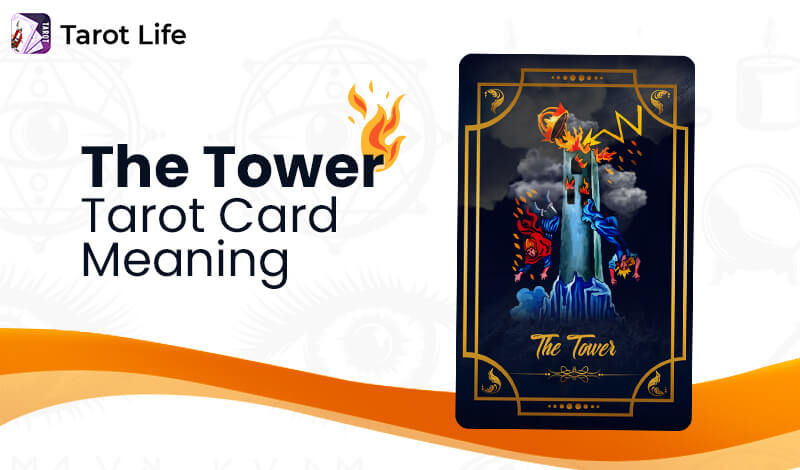 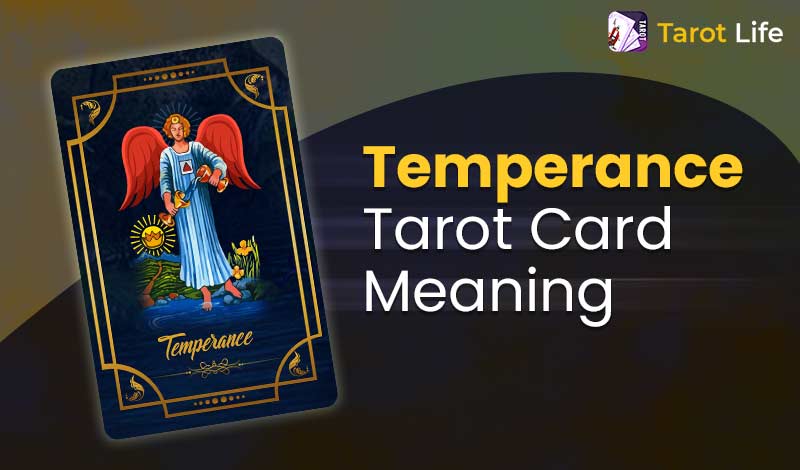