Magician cards literally make you aware of your power to bring your thoughts to life. Here it becomes really important for you to be mindful. Getting The Magician tarot love card in a free love tarot card reading is the sign that good things are coming your way in your relationship. Your proactive approach in The Magician tarot relationship reading is going to benefit you.

Whether or not you know your zodiac sign by name, getting The Magician tarot in your reading is self-sufficient to decrypt your situation. The only situation where the position of this card does not affect the outcome is in a Magician yes or no readings. With the positive overall image of the card, the answer to any closed-ended question remains a yes even in The Magician reversed yes or no reading.

Getting a Magician tarot card in a reading is desirable for anyone. And while talking about The Magician strategy, it wants you to do nothing but use your communication skills to pave your way through success. It is one of those major arcana tarot cards which shows that no matter what you do or wherever you go, luck and fate follow you.

Remember, no matter what is going on in your life and how overwhelming it gets, you must never sacrifice your principled approach to doing things. This is exactly what The Queen Of Swords tells you but it is not necessary to get this card for doing the right thing.

Starting with the protagonist, the figure on The Magician tarot is seen standing with one hand in the air while the other pointing towards the earth. This is symbolic of the connection between the present and higher realm. This also points towards the basic Magician meaning which is the manifestation of the divine dreams in the material world. The Magician cards show the power to convert a mere thought or energy into real matter.

After analyzing the position, let’s move further and identify what the clothes interpret in Magician tarot card meaning. He wears a cloak and a robe which represents the purity of thoughts and life experiences and wisdom respectively. This element holds a special significance in The Magician love reading.

Moving forward, it is one of those major arcana tarot cards which contains the symbols of all four of the minor suits. It signifies The Magician tarot relationship with the four natural elements which are air, water, earth, and fire. This is self-explanatory when it comes to judging this card’s power. This also shows that with The Magician card in your tarot card spread you have everything required to make your dreams a reality.

Another element that is represented on this card that adds to The Magician tarot card meaning is the infinity sign on his head. It is symbolic of the boundless opportunities of creation that he has. The snake around his waist shows that The Magician tarot has unlimited potential.

Lastly, the flower beds in his footsteps represent the culture that he has cultivated and the aspirations that he carries within his heart. This holds due importance while developing The Magician strategy in one’s life.

But do not confuse this with The Emperor tarot card meaning. It is absolutely different as it points towards a more responsible and authoritative person.

The Magician Upright In Love And Relationships Readings

While reading The Magician upright in love and relationships readings you must know that new opportunities are opening up for you and your partner. With The Magician tarot love card in your reading, you should consider being more creative in your approach. For all the singles out there, this card in any free love tarot card reading wants them to go out and meet their potential partners. With this card in your love tarot card spread it is clear that you have to have a proactive and determined approach to make your relationship successful.

The Magician Upright In Work And Career Readings

The Magician upright in work and career readings show that you will get the desired success with determination and hard work. While asking The Magician yes or no about the luck being on your side, then the answer is a yes. To achieve what you desire, you don’t have to know your zodiac sign by name, instead, you must only be focused on your goal. This card wants you to put your imaginary blinkers on and run like winning is the only option. But remember, while it shows a positive outcome here, the meaning completely changes in The Magician reversed position.

The Magician Upright In Money Readings

The Magician cards when appearing in the financial reading indicate that you will be making money by utilizing your skills. The Magician upright in money readings you should do everything with enthusiasm to gain the maximum benefits. Here again, The Magician tarot card wants you to be creative in your approach and see what are your potential talents that you are missing that can be employed at work. Also, see the tools that are made available to you to manifest your dreams. These tools will work as the catalyst in your success with The Magician card in your tarot card reading.

The Magician Upright In Health Readings

The Magician tarot meaning when it appears in the health and wellness reading shows that good health is on your way. If you have been suffering from some prolonged disease and have been taking medication, then it will soon show results. Also, you must know that The Magician upright in health readings tells you that in your case alternative medicine will be beneficial. Moreover, The Magician tarot points towards an experienced person or healer entering your life who will guide you through the right path in life. Just keep your senses open to identify him.

The Magician Upright In Spiritual Readings

Have you been thinking about doing something in the spiritual aspect of your life lately? If yes then the appearance of The Magician tarot card is a clear indication that you must go ahead. The Magician upright in spiritual readings shows that soon your spiritual path will be clear from all the distractions thus giving you a clear view. You are blessed with the required energy and with The Magician tarot you only have to concentrate your focus on that energy to achieve something unbelievably divine. This card in the spiritual tarot card spread pokes you to use your psychic abilities. 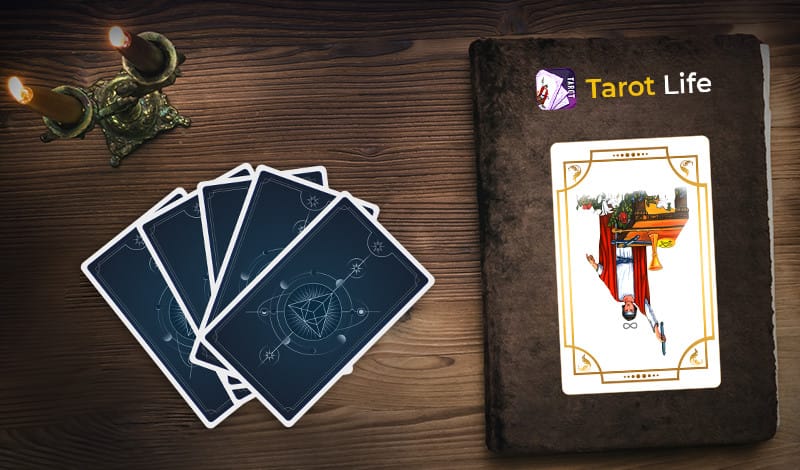 The Magician meaning when it is drawn in the reversed position has an altogether different interpretation. It still shows that the concerned person can be convincing and he has been blessed with the gift of gab, but all this is being used in the wrong direction. The general meaning of Magician reversed points towards a selfish approach of doing things. The Magician strategy here must be to change your approach to gain credible benefits.

The Magician Reversed In Love And Relationships Readings

No matter what, sticking to the traditional and conventional approach, as The Hierophant tarot suggests, in this aspect of your life will get things back on track.

The Magician Reversed In Work And Career Readings

The Magician Reversed In Money Readings

You must know that this is one of those major arcana tarot cards which shows that you have the potential to make money. But The Magician reversed in money readings tells you that you are not utilizing it for your benefit. Like in The Magician yes or no reading, here also it is a big yes for all the questions regarding your wasted potential. The Magician cards are a clear indication that you are not applying your skills at the right place to gain financial benefits.

The Magician Reversed In Health Readings

Unlike in The Magician reversed love or The Magician tarot relationship readings, getting The Magician reversed in health readings is not a really bad sign. It primarily shows that, although things are not in your favor right now, you must keep your faith intact and soon your health will be in a better position. But when it comes to The Magician as feelings of mental discomfort, immediate professional help is recommended.

The Magician Reversed In Spiritual Readings

The Magician As Feelings

Magician as feelings is a card that you get when the universe wants to tell you that the other person, no matter how loving he is, has some vested interest in your relationship. The Magician love here shows a different scenario. The Magician tarot card meaning here shows that the other person won’t hurt you in any aspect until and unless they are getting what they want from you. Once this stops, The Magician as feelings will have no second thoughts in cutting you off from their lives.

Here, if you receive this card with the Wheels Of Fortune, then you don’t have to worry as it represents that the bad situations will soon turn into good ones.

The Magician Yes Or No Readings

FAQs About The Magician Tarot Card

The Magician is the first among the major arcana tarot cards which point towards a person or situation where there is a high level of skill involved. Whether it depicts The Magician love or Magician tarot relationship or any other aspect of one’s life, the crux remains the same. However, The Magician strategy is obviously impacted by its position except in The Magician reversed yes or no readings. So you need to give due importance to that as well.

2. What does The Magician tarot card mean?

The Magician meaning in any tarot card spread or even in free love tarot reading revolves around the basic theme of manifestation. It is the card that shows that no matter what, your dreams will be a reality soon with the proper utilization of your skills. Here, The Magician tarot wants you to focus on deploying your skills in the right direction. And whatever you are thinking, this card is a go-ahead even if it appears in The Magician reversed yes or no reading.

3. How does Magician work?

The Magician tarot card meaning can be interpreted by an expert tarot card reader who establishes the connection between your energies and the cosmic powers. It works majorly on these energies and you don’t even have to know your zodiac sign by name to get the most genuine interpretation. Whether it’s The Magician tarot love or Magician reversed love, the interpretations will be based on how the card reacts to the individual’s life situations. 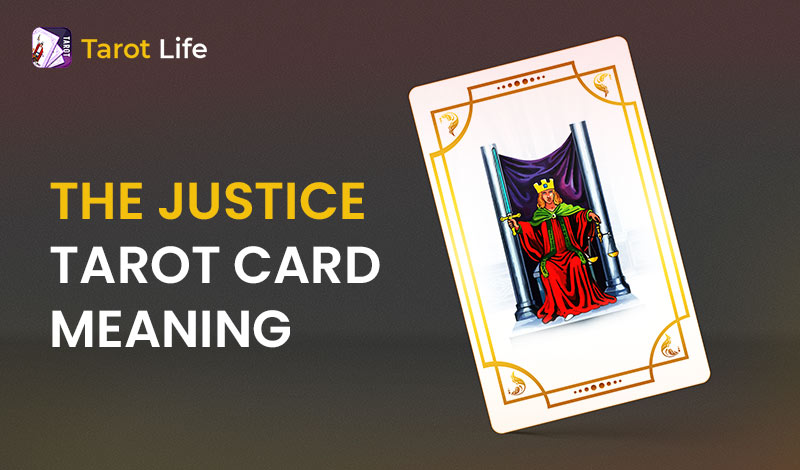 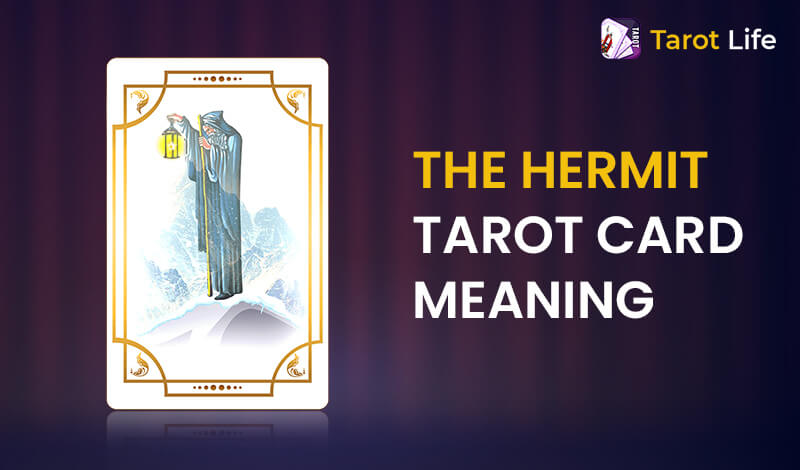 Sumit Pareek is a digital marketer by choice and profession. His educational background in enginnering has given him a broad base to understand technology. He is currently working in Innovana Thinklabs as Sr. SEO Analyst. He loves exploring new places and getting to know different cultures.