The primary theme of the Justice tarot card revolves around truth, karma, and integrity. Justice tarot tells you that literally, justice will be severed for all your actions, whether good or bad. The Justice tarot meaning works on the cause and effect relationship.

Here you must know that whatever your actions are, the Justice card will make you face the consequences for that. But don’t worry, it is not true just for the bad deeds, Justice tarot guides you towards your destiny and gives you what you deserve. So the Justice tarot loves it when you keep your karmic accounts on a positive side.

The Justice strategy is to take accountability for whatever you have done and accept it as it is rather than trying to run away from your reality. Justice cards are the best while dealing with legal matters as in that case it comes up as a positive card.

But you must know that the Justice card meaning changes with the position in which it is drawn. While in the upright position Justice as feelings point towards truth, whereas, Justice tarot card meaning points towards dishonesty if it is drawn as Justice reversed card.

When it comes to the Justice yes or no, it does not give a fixed answer in general, but when you talk about getting the real justice for someone’s past deeds, it gives you a yes.

This is also true in Justice love reading as well. But again if it comes up as the Justice reversed love card, then it serves as a warning where you must know that you will have to pay for your actions if they have caused pain to anyone in any manner. But there is nothing to be scared of here, as Justice tarot relationship with your karma is directly proportional to the intensity of your deeds.

The only aspect where its meaning remains the same is when the Justice reversed yes or no card is drawn. It always gives the answer as maybe. So this is all for the general meaning of one of the most logical major arcana tarot cards. Now let’s move ahead and understand what the image on the card depicts.

Now since we have understood Justice Tarot card meaning we should also know the specific meanings of each element presented on the card to enhance the understanding. The imagery of each card in rest trump cards and 4 types of Minor Arcana cards are important to make tarot interpretations accurately. So, let us know what the images and symbols mean in Justice Tarot card reading.

Moving on, we see a sword on the other hand which adds to Justice tarot meaning and is a clear reminder of the karma that will make us pay for our bad actions and intentions. The Justice tarot is both fair and lawful and uses these characteristics appropriately as and when required. This double-edged sword in Justice cards also shows impartiality.

Another element of this card that helps to prepare the Justice strategy is the square on its crown. It clearly indicated the clarity of her thoughts essential to make lawful decisions.

Moving down in the Justice card we see the white shoe of the main character of the card. This brings up a very interesting aspect of Justice card meaning. It shows the Justice tarot relationship with the spiritual aspect and tells that everything that the Justice loves to serve is the result of your own actions and it does not emerge on its own.

To your surprise, you can also know someone else’s feelings for you with the Justice as feelings card. All these elements and the basic meaning of this card constitute the results that are not really favorable. Whether you get it as Justice reversed card or in the upright position, it always tells you that the other person has no feelings for you. And you don’t really have to wait for the Justice reversed love card to know this.

Lastly, when we talk about the Justice yes or no interpretations, these elements do not prove to be of any help because the outcome of your question will absolutely depend on the context and your past deeds. And it does not change even in the Justice reversed yes or no readings.

This is all about the general meaning when the Justice tarot card makes its appearance in any tarot card reading. Now move forward and understand its interpretation in different aspects of life individually.

Justice tarot meaning when it appears in any Tarot card spread shows that the law of cause and effect will soon play its role in your life. If you have been wronged then you will receive justice and if you have done wrong then you will receive what you deserve when you get Justice cards in your reading. But remember the general meaning of Justice upright does not remain the same when it is drawn as the Justice reversed card.

The Justice tarot relationship with your career again works on the similar theme of your hard work getting paid off. Justice tarot guides you to be responsible in your approach if you want to gain the maximum benefits. Also, the Justice strategy here can be to remain accountable for all your deeds at the workplace. The Justice upright in work and career readings wants you to be truthful in your approach no matter what you are facing and believe that everything will eventually work out in your favor.

When it comes to balancing your finances, Justice yes or no comes up as a big yes in your reading. The Justice tarot here shows that you are very well balancing the inflow and outflow of the cash which is helping you stay balanced. The Justice upright in money readings wants you to be truthful and honest in your ways of earning money. Also, Justice as feelings points towards the need of balancing your financial desires with other aspects of your life to stay happy.

Now talking about Justice tarot card meaning when it appears in the health readings shows that you have been facing certain health issues lately. And the Justice upright in health readings is a clear indication that it is because of an imbalanced approach to life. The Justice loves balance and moderation in your life. You don’t even have to know your zodiac sign by name with this card in your reading and it requires your immediate attention.

The Justice upright in spiritual readings is primarily related to your karma. This should not always be connected with the past deeds of this life, but there is also a possibility that there are certain life lessons that you are supposed to learn in this lifetime. No matter whether you get Justice reversed yes or no or on the upright position, the answer to the questions related to your spiritual journey always wants you to do some introspection. You will get a fine answer from within. 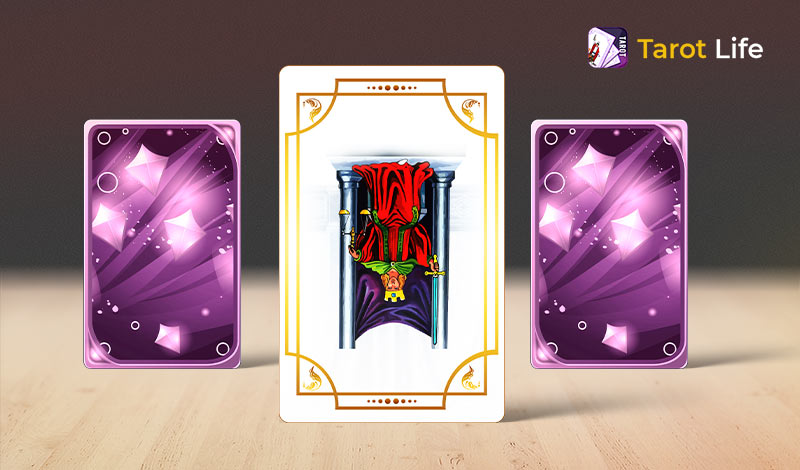 Justice reversed love to punish the bad doers when the time is right. It also shows that dishonesty and corruption are prevalent in the atmosphere around you. The general meaning of Justice reversed indicates that you are either not getting what you deserve or on the other extreme, are involved in some unlawful activities which are causing harm to others. The worst thing about the Justice tarot in reversed position is that you are not even ready to take accountability for your actions.

The Justice reversed love card in your reading shows that you are not getting what you want from your relationship. Here, Justice cards show a certain kind of blame game going on between you and your partner for ruining things. The Justice reversed in love and relationship readings is a clear indication that it is because none of you is ready to take accountability. Justice tarot guides you to develop a mutual understanding to make things work in your favor. Knowing each other’s personality numbers can help a great deal.

When the Justice tarot card makes its appearance here, it points towards the unjust and biased working environment. The Justice reversed in work and career readings also show that maybe you or someone else at your workplace is being dishonest in their approach which is ruining the whole system. A Justice card only wants you to be honest in your approach and even if something wrong happens, be accountable for your actions.

The Fool tarot meaning in this regard also shows somewhat the similar situation, except there it is not workplace politics or blaming others, but a feeling of stagnation and boredom.

The Justice reversed in financial reading shows that you have been indulged in some biased, risky, and untrustworthy financial dealings. This can not only harm you but others who are directly related to you. The Justice reversed in money readings wants you to take full accountability for your decisions to keep the sense of responsibility alive. Justice tarot meaning here clearly points towards dishonesty and running away which is not doing any good to you.

Just like Justice tarot card meaning in the health reading in the upright position, it shows that you are not leading a balanced life which is becoming the reason for some health issues, it is the same in Justice reversed in health readings. The only difference is here, the Justice tarot relationship with your health is a little more intense here. The Justice strategy here is to not get too involved in anything which is beyond your limits.

The Justice tarot loves to show you some life lessons which are related to your karma. But in Justice reversed in spirituality readings shows your resilience towards learning them. This makes the Justice card meaning here a negative one because it never stops until you learn your lesson and comes back each time with greater intensity. Here knowing your destiny number can prove to be of great help as it will tell you the hidden purpose of your life thus giving you direction.

As you know that tarot cards can be used to identify how someone feels for you, Justice is no exception. Whether it is drawn from the Jojo tarot cards or any other famous deck, Justice as feelings is not really a great card to receive. With the rational approach of this card, it says that the person you are considering here does not have any positive feelings for you. But at the same time, it also does not mean that they hate you. Justice as feelings comes up as a card that shows neutral feelings of any person towards you. Also, you must know that when you are considering getting back to your lover as Justice love reading, it is not a good idea. This is not because of any nasty reason but only because you deserve better.

Like The Hermit tarot cards, this card also does not give you a clear answer to your closed-ended questions. In Justice yes or no readings the answer always remains to be a ‘maybe.’ This does not change with the change in the position that this card is drawn. The Justice reversed yes or no remains the same as Justice yes or no in the upright position. This is primarily because the consequence that this card depicts is mostly based on your own karmic drama. The answer to your question will depend on the nature of your question in the context of the area of your life. 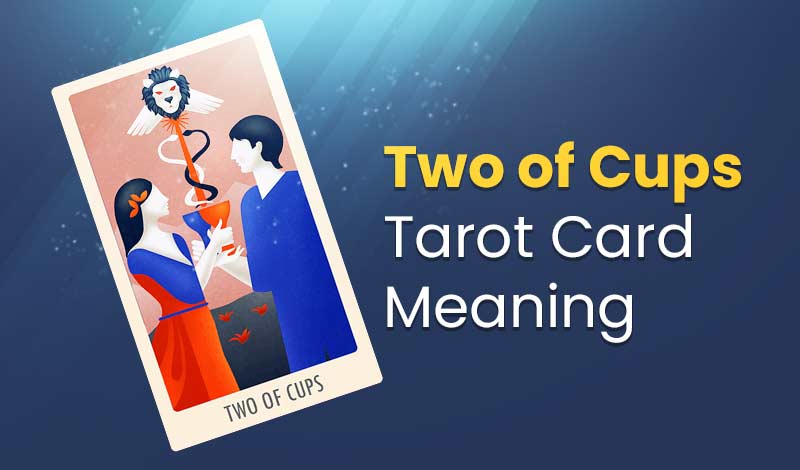 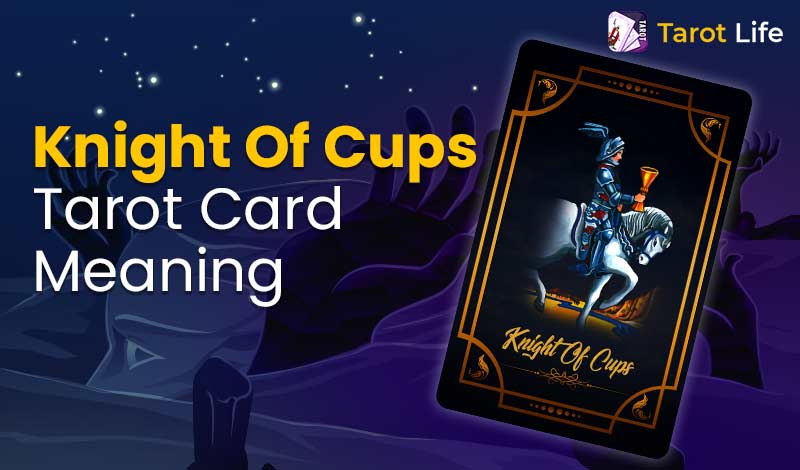 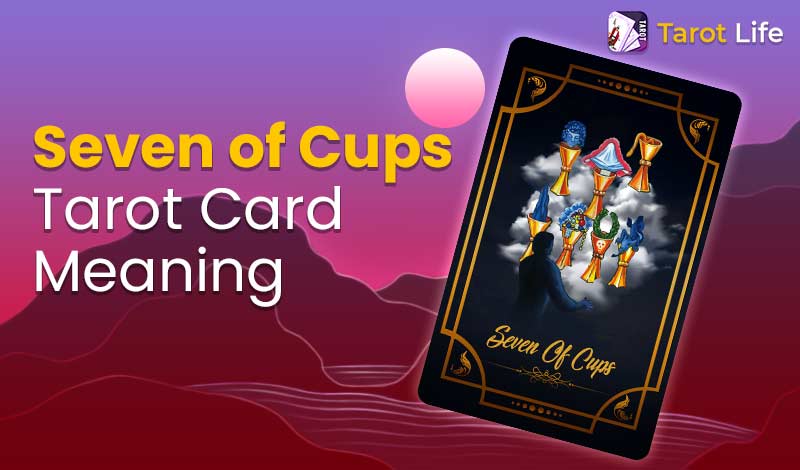