Are you a beginner in Wicca?

Wicca is closely related to the word ‘Witch.’The introduction of Wicca for beginners should be right from the word, ‘wicca.’
The word Wicca is derived from the old Anglo-Saxon word ‘wicca,’ and were widely known as the sorcerers of the community.
It was only in the 1950s that Gerald Gardener, a Wiccan and founder of Gardnerian tradition referred to this unique witchcraft community as Wicca.

Wicca for beginners can be interesting if we know the science well. 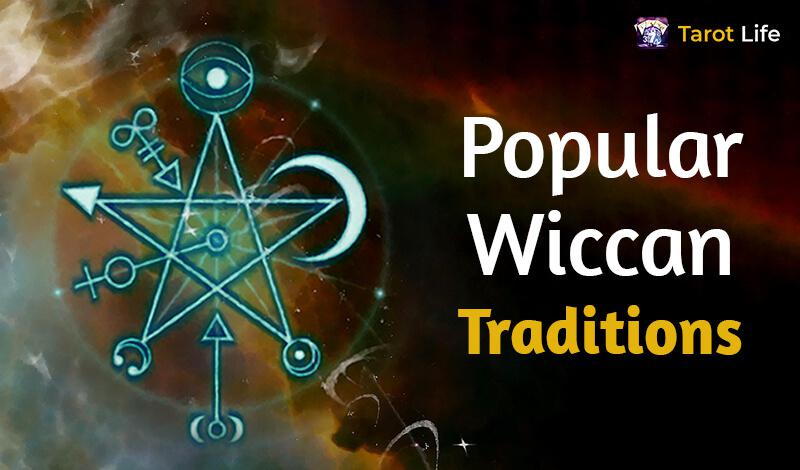 But then there is a small difference, and as an apprentice of the Wiccan tradition, you will need to know the Rule of Two.

In the world of Wicca, the spells can be different for different people. There are no hard and fast rules in this branch. Any number of people can have as many different numbers of rules. As a Wiccan beginner, we must learn about the below-mentioned points-

There are three central belief systems for Wiccan practitioners.

1. An introduction to the Wiccan Rede for the Wiccan beginners:- It is basically a 26 line poem and is the only universally accepted Wiccan belief. No matter which form or type, they would follow the Wiccan Rede.

2. The Rule of Three for the Wiccan beginners:- In this form, the Rule of Three ensures that whatever you sow in this world would come back to you three-fold. If you plant goodness, it would be three times more. The Law of Karma is written in this way.

3. A brief guide into the 13 Principles followed by the Wiccans for the novice Wiccans:-

A Brief Introduction to Different Forms of Wicca for the beginners.

1. Gardnerian Wicca for new Wiccan initiations: Gardnerian Wicca was introduced by the Father of Wiccan stream of Witchcraft, Gerald Gardner. He was the first to use the term Wicca for those mates who practised witchcraft in a coven called ‘Bricket Wood’ together.

2. Alexandrian Wicca is a branch stemming out of Gardnerian Wicca. It was named after Alex Sanders and his wife Maxine by another Wiccan, Stewart Farrar.

3. Dianic Wicca is a tradition which shifted the practice from the United Kingdom to the United States solely focussing on the tortures and oppressions faced by the women in every generation. As an unconventional new practitioner of Wiccan art, you can practise this art well.

4. Seax Wicca is a traditional form of Wicca practice and mainly concentrates on the practices used by the Anglo Saxon community from the 11th to the 15th century. You could use this form of Wiccan practise as a fresher in the field of Wiccan practice if you do not want to tie yourself to beliefs originating from a particular place or person but instead to a specific period.

5. Norse Wicca is a pretty new form of Wicca. In this form of Wiccan system, the Gods who hold supervisory positions are mainly Norse mythological heroes.

6. Celtic Wicca, also termed as Druidic Wicca for newbies of Wiccan practices:
Though these two forms of Wiccan practice is based on two different belief systems, they are often clubbed under one form. Most Wiccans use traditions of both, and thus this is an interchangeable form of practice. You might find this branch of practice as an interesting one, as a newbie into the Wiccan wisdom.

7. Solitary Wicca is the simplest to understand in this platform. This solely means the practice of the tradition solitarily. Most suited for a new Wiccan joiner, you could explore immensely before fixing a path of your choice.

Confused? What to do?

Sort any confusion in seconds. Try Yes or No tarot for free!

Different types of Wiccan magic for the beginners of Wicca

There are many kinds of Wiccan practices for a beginner in the Wiccan platform. The primary ones are being listed down for the beginners in Wicca.

1. Candle Magic:- Candle Magic is primarily transmitted through fire and can be a powerful Wiccan beginner spell. The Candle magic vanishes in the fire as soon as the fire douses. As the candle burns, the message is carried from the physical plane to the ethereal plane. The beginner of Wicca can try to use this form since Fire is the most universally accepted media for physical transformations.

2. Crystal Magic:- Crystal Magic is primarily transmitted through the so-called lifeless crystal particles. A Wiccan believes that the Crystals are also possessing the same energy that the cellular arrangement within us possess. It is a delightful way to make our lives better attuned with the Universal energy. You may use it once you have mastered a purer form of practice as a spell at the beginning of your Wiccan practices.

3. Herbal Magic:- It is incredibly a powerful way to transform our lives. The herbal form of energy flows through the herbs and touches our existence. You can use this spell as a beginner of Wiccan practice.

What are the Wiccan Gods and Goddesses?

Whom do you pray as a new Wiccan apprentice?

A Wiccan beginner should know that primarily there are two of them,

The Waxing Phase is the Maiden phase. It symbolises the feminine energy in the maiden form. Wiccans turn to the maiden form if there is a fresh beginning somewhere or if there is a need of some beauty spell. She is a representation of all that is beautiful and bountiful. Maiden is generally the spring Equinox. It is a holiday as per the Wiccan calendar and is known as Ostara.

The Full Moon denotes the mother. As a young Wiccan associate, you must remember that the mother is consulted for a healthy family and living. This corresponds with the Fall equinox.

The Waning Phase denotes the older woman termed as the Crone. Crone is often used as slang, but she brings with her wisdom and experience for the next generation. She is someone revered within the tribe as the prime lady. She is the winter solstice, symbolising death and rebirth.

2. Horned God- The God has the antlers of the stag. He holds the snake in one hand and on the other he holds a bracelet symbolising the Uranus. As opposed to popular Christian beliefs, the Horned God is not the Evil from the underworld. Cernunnos is celebrated as the God depicted in the Winter Solstice and is often invoked when dead people are laid down. If you are not comfortable with the practice of praying to a mother you could as a new Wiccan joiner pray to the Holy Father.

An initial spell for a new joiner of Wiccan science 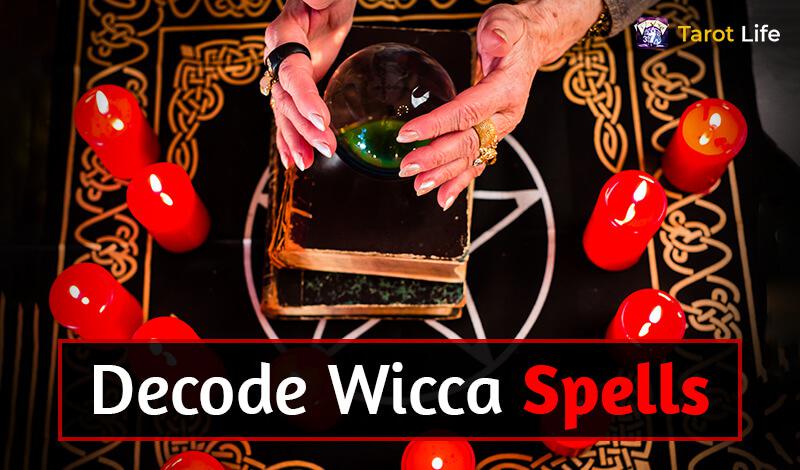 There are some simple Wicca spells to begin as a new Wiccan.
You can try any of these, or all of them if time permits.

Wiccan Spell # 1 for Beginners in the Wiccan world.

i) Clean a room or space somewhere.

ii) Draw a circle or a square big enough to incorporate a candle (symbol of fire), a bowl with water (symbol of water), incense (symbol of air) and flowers/ stones (symbol of Earth).

iii) Place each of them in the corners of the square.

As a new Wiccan enterprise if you could determine the north east, north west, south east and south west, then you could place each of the symbols in the following manner:

South West- Place the flowers in this corner to please the guardian of this direction.

iv) Sit in the centre and burn the White candle as a symbol of divinity and the beautiful mother. The Wiccan Beginners can comfortably practise this spell.

v) Pray to all the directions and make a prayer to each of them. If you can use some sweet food, you can place it beside the white candle.

vi) Sit quietly and try to connect to any force which seems light on your soul and make sure you are not disturbed. You could use Fire, flowers, incense or the water as your medium to begin the whole process.

vii) You could eat the sweet or the food after prayer since it would be laden with the cosmos aura.

Wiccan Spell # 2 for the Wiccan Beginners

This can be done the following way.
The journey of Wicca for beginners can be attained through the practice of the below spell.

i) Place a pot of water, a candle and some incense with some stones in front of you.

ii) Draw a huge circle with candles (make sure the room is well ventilated). You can use upto 9 candles and place them to make a rough circle.

iii) Sit in the centre as a new pupil of Wicca before the candles, incense and the water.

iv) Focus within yourself and pray in your rhythm to the directions and the elements of the world.

v) Further, pray to the mother or the father as per your choice and preference/beliefs.

vi) Focus on your breathing and try to extend your thoughts in a particular direction.

vii) Observe carefully to choose one of the imagery close to your heart. Closely observe what you can see in the image as a beginner spell.

viii) You can end the process here for the day if you cannot keep your focus for long.

ix) Each day try to observe more by going back to the same image. Slowly see how the image grows within you. If there is a small addition in your spell environment as a Wiccan beginner, maybe an extra petal or a fresh flower, then your consciousness is growing.

It might take a month or two to habituate yourself in this discipline, or you can also take a year or two depending on your capabilities. Do not get disheartened if you are taking more time to achieve expansion. It is your journey, and you are alone in this world when it comes to spiritual progress.

x) Slowly one day all images would vanish, and you would be able to sit in the darkness alone only to be filled with light the next moment. This is a beautiful practice, to begin with as a new Wiccan joiner.

Thus, Wicca is a process of self-growth and expansion, and the process of beginning Wiccan practices should often be a beautiful initiation point. There is nothing more beautiful than the growth of your soul. It blooms beautifully, and it is capable of making your life worth and valuable. If you are seeking a growth inward out, then this would definitely help you as a beginner.

Our soul is an entirely separate entity from the mind and the body. Your body might be eighty years old, but your soul can still grow. At an age when your mind and body ceases to function, your soul is still capable of becoming.

So do not fear the world, you can be a beginner of the Wiccan journey at any age.

Keep growing and learning. Remember the Golden Rule of Wicca as a new enterprise- Wicca guides us to harm no man or being.

As a new pupil the Wiccan wisdom would surround your very existence, and you would understand the meaning of the statement well. No harm when brought to any soul, any mind or anybody knowingly or deliberately if solely designed for the fulfilment of your demands and desires is what you should aim. 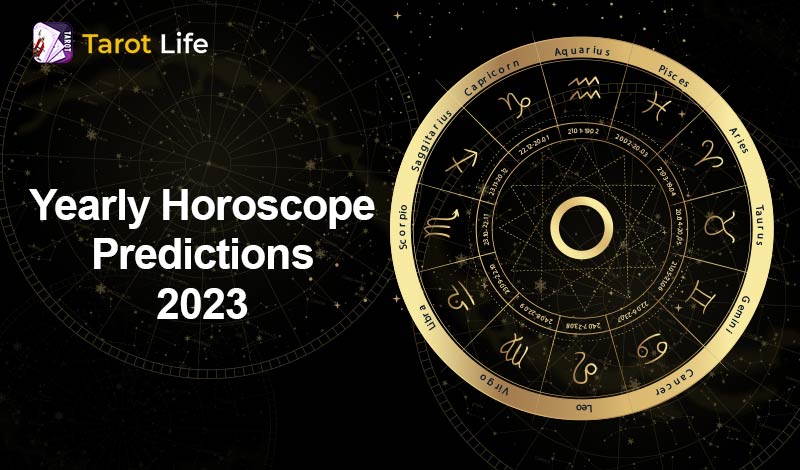